Out of School Activities and Competitions

On Thursday 5th March nine children attended the Sports4All festival at Robert Sutton. The children were split into two teams and each team had to play 4 different games, these were boccia, new age kurling, goalball and volleyball. Both teams played exceptionally well, with a good attitude. Team 2 ended up in the semi-finals against Fountains School.  They did not win, but came 3rd overall.

On Tuesday 3rd March, eight Year 5 pupils took part in an Indoor Canoeing Festival at Robert Sutton School. First, the girls competed. They had to row for a set time and their distance was measured to find out who had rowed the furthest. Then the boys competed and had the same task too. Both the boys and the girls did really well and managed to row long distances. For the last activity, each team of rowers had to row 1,750m! Every team member had to row and each team member could only row once. The children tried really hard, worked really well as a team and showed great determination. Even though we didn’t win, we had a fantastic time and we really enjoyed the event.

On 13th February, children from year 5 and 6 took part in a dodgeball tournament at Blessed Robert Sutton School. We had two fantastic teams which competed extremely well! The children played against local schools in a series of games. They demonstrated great team work, determination and fair play. We all had a great time!

Two teams represented our school and for some of the children it was their first experience of Archery.  All the children worked extremely hard and had great fun!

On Thursday 23rd January our football team represented our school in the Under 11 EFL Kids Cup at Burton Albion FC. This was a great opportunity for us and we even had the opportunity to meet some of the players.

On Tuesday 14th January children from Years 3 to 6 took part in the Boccia festival at Robert Sutton. All the children worked brilliantly as Team Tiger and tried their best. Unfortunately, we did not make it through to the final, but they had lots of fun! Well done! 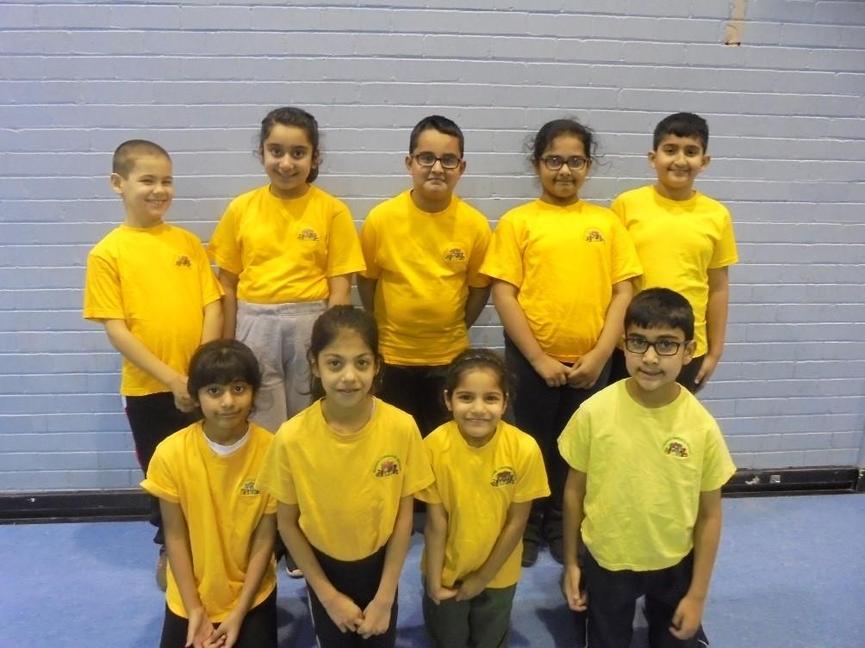 On Monday 25th November 15 children from Years 5 and 6 took part in a Sports Hall Athletics competition at Robert Sutton.  All the children worked as Team Tiger brilliantly.  Unfortunately, we did not make it through to the final, but they had lots of fun! Well done!

On Tuesday 15th October, our Netball team played against Edge Hill and Eton Park at Edge Hill Junior School.  The team played extremely well and enjoyed the challenge against the other schools but unfortunately we did not make the finals as we lost both matches.   We do look forward to the next tournament in January next year. On Friday 11th October, Year 2 Hazel took part in the Change for Life Sports Festival at Henhurst Ridge Primary Academy. We enjoyed carrying out lots of sporting activities with children from other schools. We played parachute games, team games, Boccia and table tennis. We even took part in some Zumba dance lessons! We were all really well-behaved and had a great morning visiting a new school, making new friends and learning new skills.

Students from Years 4 to 6 took part in the Boccia festival at Robert Sutton on Thursday 10th October. All the children showed terrific cooperation and worked as Team Tiger brilliantly.  Unfortunately, the children did not make it through to the final, but they had lots of fun! Well done!